BattleChicken the White Faced Spanish hen passed away yesterday of natural causes, a few weeks shy of her sixth birthday. She is survived by her dear friend Hoppy, her black chicken flockmates, the greater barnyard crew, and her human and quadruped family and friends, many of whom were with her when she died. 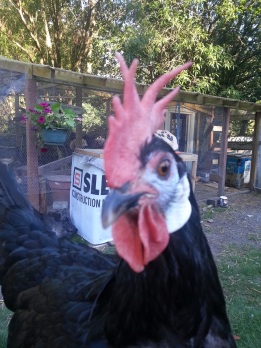 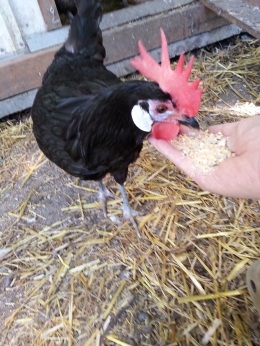 Hatched in an industrial setting in March 2013, Battle faced an early life challenge, finding herself at a couple days old, huddling stiff-legged and terrified with her fellow fuzzy butts, in a chilly hamster cage on a plastic table at the poultry swap. Scooped up and deposited into a darkish cardboard box with a couple of peeping buddies, she was whisked away to her new home by the excited newbie chicken lady who would be her caretaker and friend for the next six years.

Lucky BattleChicken grew up free, ranging the barnyard with her peeps, learning from the hens and watched over by the roosters.  She laid her first egg in the fall of 2013. Never a star performer in the nest box, Battle produced maybe three medium white eggs a week at her peak. She didn’t take much interest in men either, not even the handsome white faced Spanish fellow we procured for her one year, and she never brooded chicks, although her best friend Hoppy, fathered by Mr. Handsome Spanish, shared her pretty white earlobes, bright red comb and shiny black feathers. She had kin. 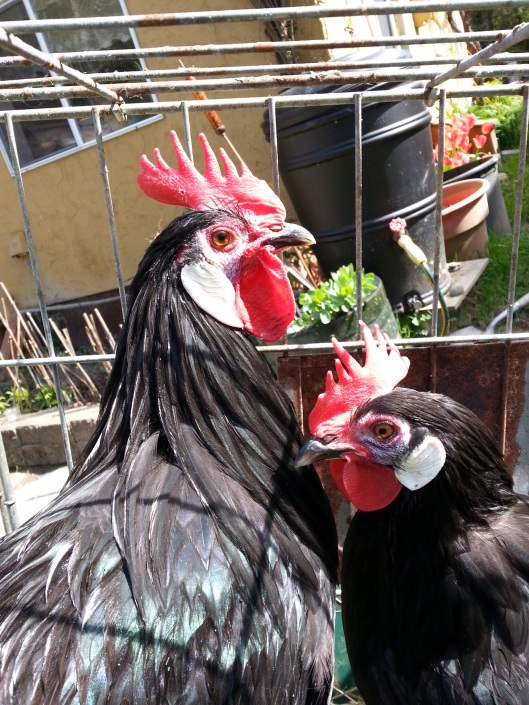 Battle’s main claim to fame was her larger than life personality and her self-imposed role as barnyard ambassador. She was the friendliest chicken I have ever had the pleasure of knowing.

More like a dog than a chicken, Battle would march right over whenever anyone entered her barnyard. “Buuurrrrrk?”, she’d politely inquire, inspecting the visitor minutely. Those whom she knew had no trouble scooping her right up into their arms, and often did, for a quick scratch and cuddle.

BattleChicken quickly became a favourite due to her clear desire to interact with humans. Most chickens prefer to stay at arms length, some are positively shy. But not Battle. A gregarious sort, she got her name from her habit of bumping her chest up against us, like a Pokémon the kids said, wanting to battle. 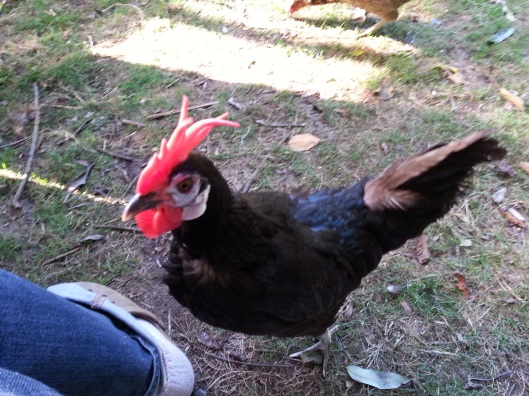 After a few good, uneventful years, in spring 2017 BattleChicken got very sick and we thought she was done for. But much to our surprise, she battled her way back to health, as you can read for yourself in BattleChicken’s Story.

After her recovery Battle laid a few more eggs, but in her last summer, 2018, she laid none, although she still continued to fill her barnyard ambassador role. Active until the end, she only began to slow down a couple weeks ago, moving one nestbox over to sleep snuggled up with her neighbour Hoppy. She needed Hoppy’s heat at night by then and Hoppy was only too glad to accommodate her. 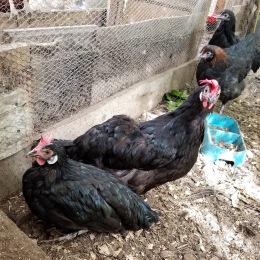 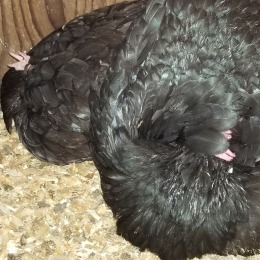 On Thursday, Battle made it out to free range, although she was really tottering.  She took to her nest box that evening for the last time. A peaceful scene awaited me when I came out at noon the next day to feed. BattleChicken was reclining in her box, eyes closed, her flock standing quietly in a semi circle around her. I knew then that her end was near.

I informed her human family and, one by one they slipped outside, each in their own time, to say their last goodbyes to a truly unique chicken. Battle loosed her bonds with this earth late Friday afternoon, and the barnyard will feel a little bit lonely as we adjust to the loss of our small ambassador. 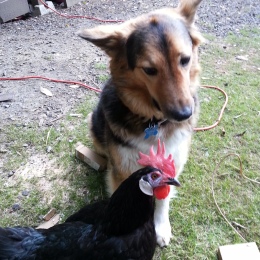 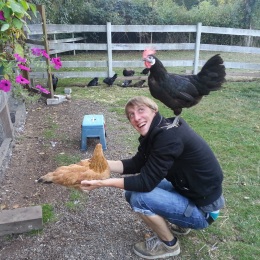 I know that many who read this post will have their own personal recollections of Battle’s friendly nature, of being greeted by that inquisitive “Buuurrrkkk?” upon entering her barnyard domain. Dear BattleChicken captured the hearts of most of the bipeds and quadrupeds who met her, with her way of reaching clear across the species divide to connect. We should all do more of that.

RIP little chicken. Thank you for sharing your spirit with us for the past few years. It has been our pleasure knowing you. 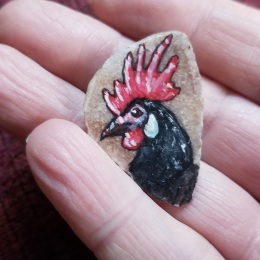 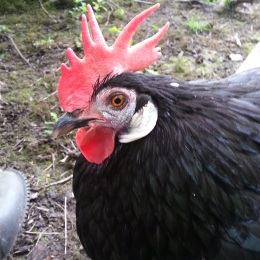 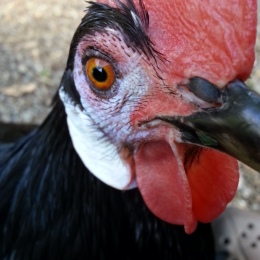