We keep Roxy and Maria as companions for our old horse George. He likes the company. If we pasture him away from his donkeys, he charges around and has a fit.

We can’t keep them together though, George is too much of a bully for that. It’s one of those ‘can’t live with ‘em, can’t live without ‘em situations’ for old George. He has always been the dominant horse in the herd, compelled to assert himself,  and the donkeys are just no match for him, they’re too little! But he loves them. ❤️

When we put George out to graze, we always put the donkeys in the next field to his. The donks, being much smarter than a horse and fully able to get through most of our summer fencing, wisely stay wherever they are put. They embrace their role. Even though they have each other, and so don’t need George, they seem to know that the old grouch needs them. 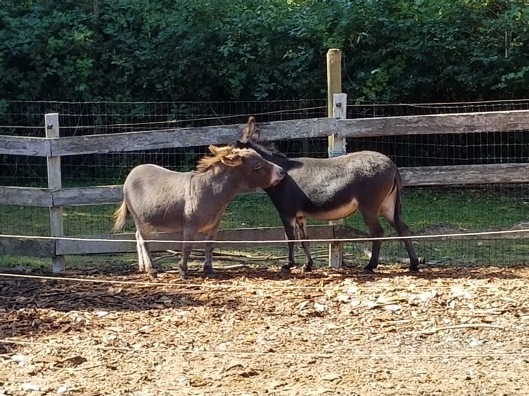 When the fields are too soft in our muddy valley, the three equines share a large paddock with drainage, split down the middle with electric fencing, a big walkout stall on each side. The stalls, deep and open to the east, are both winter morning sun traps and shadowy summer retreats. Whoever designed our barn knew what they were doing.

Its a good set up, but once in a while, as per normal when one keeps animals, something goes wrong. And something did, last week, as I discovered when I went out one morning to feed.

I barely glanced at George as I walked by him on my way to heave the barn door open. I registered that he was grouchy, but put it down to the sopping wet weather we’d had all week. I paid more attention when he charged into his stall and pivoted to toss his head at me, ears pricked well forward, plainly trying to get my attention.

That’s when I saw the snarl of electric fence wire spread across the stall mat, and somehow attached to George’s behind! He stood there facing me, one hind leg convulsively hovering in mid air, giving me a desperate look.

I quickly turned and pulled the plug, cutting power to the fence, then grabbed the hay bale scissors, turned back and flipped the gate latch open, stepping into the stall. I couldn’t see yet exactly how the wire was joined to the horse, but I could see one main string, so I snipped it as close as I could safely get to George’s hindquarters. He was still just standing there, lifting and lowering that one leg and gazing at me earnestly. Asking urgently for help to get this monster snake thing off his back legs. Did I mention that George is terrified of snakes?

Now, I wasn’t going to just head for his tail and rummage around back there, not with him so antsy. I have in the past occasionally forgotten that George is a thousand pound prey animal with a relatively small brain, and paid the price in bruises. So I haltered him and ‘tied’ him (quick release), then having established that modicum of control, moved around back to investigate.

The wire was twisted in his tail, and threaded THROUGH the winter blanket straps that cross between his legs and up towards his belly, clipping the back half of his blanket on. How the hell did he do that? It seems an impossibility, but somehow he had. And he’d been running around, for who knows how long, all over the paddock, with an electric fence chasing him. Poor George.

With my scissors I had him freed in a jiffy, slipped his halter off and then realized! The donkeys! In all the kerfuffle, I had completely forgotten about the donkeys. I looked over their way, to see two sad little donks huddled in the corner of their paddock, looking quite shaken. Poor things. How long had they been trapped in the same enclosure as their upset next door neighbour, and he threatening them with that fence that bites?

I got the electric fence restrung as quick as I could, to give the donkeys respite, and then was finally able to feed the three equines and get on with the rest of my chores. George settled down immediately, munching away contentedly in his stall, but not the poor traumatized donkeys. They would not go near that stall, that horse or their hay!

He must have cornered them in there at some point. I did the best I could to reassure them, talking to them encouragingly as I filled waterers and feeders and let out birds. Eventually brave Roxy tiptoed into the stall and snatched a mouthful, retreating outside to chew. And then another. Soon she was spending more time inside than out, settling down to eat breakfast. It took Maria longer, but as I finished up and headed back towards the house, I saw she had dared to grab her first couple mouthfuls. I knew her fear would fade from there.

What a nightmare it all must have been for the poor donkeys. Clumsy George had not only done it to himself, he’d made them collateral damage. Oh George, you are such an oaf sometimes.

Our local curio shop posted some lovely old butter presses online just before Christmas. A transparent attempt to snare unwary butter-making customers, and it worked. Oh my, I thought, I need one of these! I make butter! I could have pretty butter!

So I sent my husband the link and voila, Christmas morning brought me the most adorable little vintage butter press. And a gift receipt, plus a gift card from the shop, in case I wanted another, or wanted to trade this one for a pricier. He had all the bases covered. ❤️

With visions of pretty butter pats sliding around on the hot pancakes I generally make with my leftover buttermilk dancing in my head, I pulled it out this evening, gave it a good scrub, and packed it with freshly made butter. The internet said to put it in the fridge and pop it out when chilled, which I did. 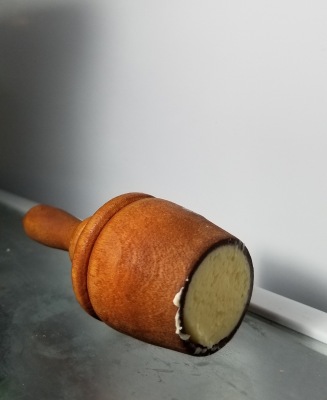 The results were not exactly as expected. So then I tried packing it and then un-moulding immediately. Nope, that doesn’t work either.

I will have to figure this out. There has to be a trick to it. Back to the internet I go, to search out some butter press lore.

Lore. Accumulated knowledge or beliefs held by a group about a subject, especially when passed from generation to generation by oral tradition.

What an age we live in, where someone like me no longer possesses the lore that my homesteading great grandma a hundred years ago did, with regard to pressing butter. Yet I can still lay my hands on this lore, using a World Wide Web of freely available information, literally at my fingertips.

We are truly living through an information revolution. Just this evening, I have explored elderberries, their medicinal uses, propagation, growing and harvest; I have read how to make paneer, and ghee; I have learned about pulverizing the bones and scraps left over from making bone broth and dehydrating the resulting “pate” for dog treats; I have given a woman 4000 miles away my tips for making raisins; and I have shared a link to the comprehensive animal feed analysis online encyclopedia “Feedipedia” with a group of farmers wondering how best to feed their livestock spent brewer’s grain.

How many laborious hours at the library, in conversation and via correspondence would all this knowledge-sharing have taken me in the past? Hours and hours, if not days and days. It’s unprecedented in history, our access to knowledge. Such a gift. What will we do with it? Will it set us free? Will it enrich our global society? Maybe. Enlightenment is a good thing, right?

Time will tell, and in the meantime, I’m just going to figure out this butter thing… 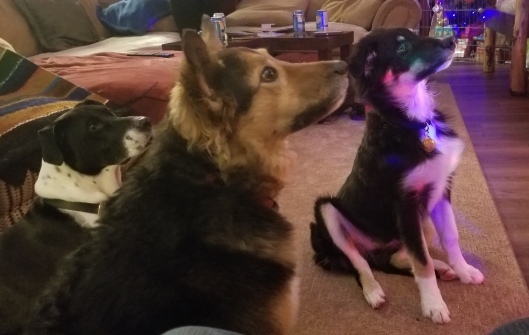 I took the last couple weeks off work; a much needed break from a role that can be quite intense at times. I love my work, but some days, most days actually, it feels like I just sit down in the morning, plunge in, and when I finally come up for air another day has sped by. Gone forever.

Home offices are lovely, but there are no water cooler conversations or coffee moments with co-workers to break up the day. So I am grateful for the barnyard crew who leave me no choice but to head outside around noon to hand out lunch and free / pen various groups. My barnyard obligations force me to break entirely, for a good ten minutes, from my screens and documents and email and meetings.

In my late fifties now and aspiring to some form of “semi-retirement”, part way through 2019 I started booking Wednesdays off. So far it’s been great but doesn’t always work. Although my amazing team works hard to deflect, and my calendar is blocked from all-but-urgent meetings, I often end up with an hour or two’s work to do anyway. Priorities. Obligations. Self-imposed, of course.

This year though, I’m starting things off right, with no work and all play, which for me translates to getting a bunch of personal projects done. I am my father’s daughter, and have inherited his “industrious” gene. Yesterday, while organizing my office closet, I rediscovered a bundle of silk embroidery thread packets that I had gotten sometime last year at the thrift store. Two bundles actually, one all creamy shades of white and the other a riot of intense jewel tones, picked up because I saw the word ‘silk’, brought home and tucked away in anticipation of magical stitchery projects to come, some day when time would permit.

A little tattered at the ends from being stored who-knows-where for many, many years, but still hanging in there, the paper skein holders date from 1894 to 1903. And when I unfold and carefully press one open, the silk inside is pristine, shiny, vibrant.

They “cost no more than Poor Silks – so why not use them?” asserts one of the ads, offers and instructions filling every corner of the considerable real estate on the forty inch long papers. Why not indeed? I bet the copywriter who penned those words had little idea that in the year 2020, a future customer would read them and reflect “yes, quality and here’s proof, 125 years and still going strong.” 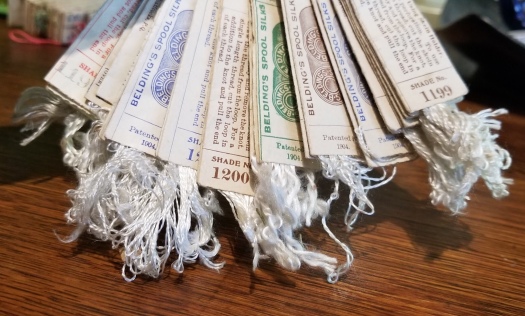 Who bought them, I wonder? Based on the available information, it would have been a contemporary of my great or even great great grandmother’s. Someone who dressed in full length gowns with leg-o-mutton sleeves, at least until the turn of the century. 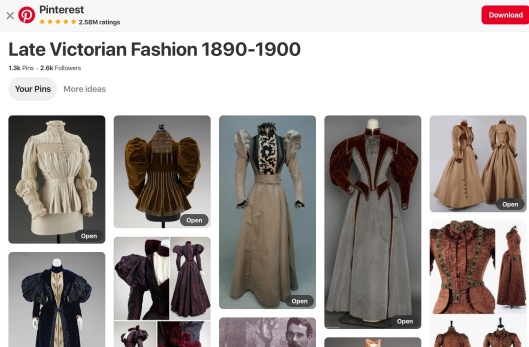 This embroidery silk has far outlived not only its purchaser’s priorities and obligations, but her as well!

This is a good reminder; time pauses for no one. I am back to work tomorrow, with all its myriad joys and frustrations. I shall take care to ensure I stay true to my priorities, as I carefully delegate away my obligations and thereby gain the time to embroider my retirement projects with vintage silk thread.

And make up for the sobriety of my youth, with, say for example, this lovely purple. 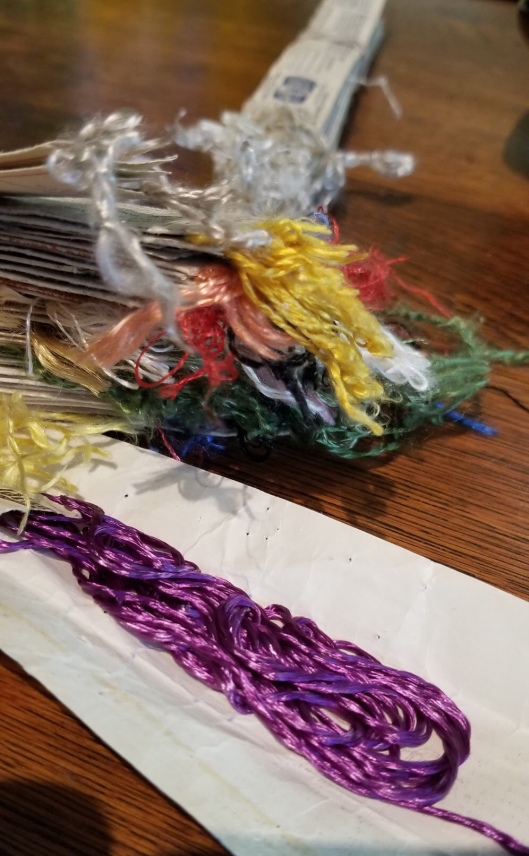